It’s heartbreaking what is happening in society right now.

A 15-year-old boy enrolled at a prestigious private school had a promising future — that is, until his parents say he became a victim of relentless cyberbullying by his classmates.

He was initially targeted by a false rumor that he was unvaccinated. He was bullied relentlessly until he took his own life in January. 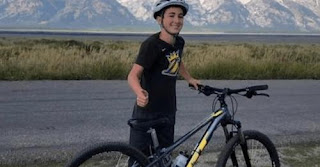 The lawsuit filed on April 25, 2022 against the Latin School of Chicago alleges administrators at the private college prep school committed “willful failure” to stop the incessant bullying, the Chicago Tribune reported.

The Cook County filing named the school, several employees and parents of the alleged bullies as defendants. The late teen transferred to the school due to its in-person learning during the coronavirus pandemic, the complaint states.

A student whose parents are named in the lawsuit then started spreading a rumor that the 10th-grader, Nate Bronstein, was unvaccinated, according to the lawsuit.

Nate actually had been vaccinated, the lawsuit claims, but he was still harassed on a regular basis due to his perceived status. The boy’s parents even reached out to the other student’s family about the constant badgering, the suit claims, but it did not help.

A 15-year-old boy died by suicide after relentless cyberbullying, and his parents say the Latin School could have done more to stop it - CBS Chicago (cbsnews.com)

The Accident Compensation Corporation ( ACC ) of New Zealand has accepted 987 claims for injuries relating to the Covid-19 vaccine, and 68% of those are women. Between the beginning of New Zealand’s vaccine program in February 2021 and April 2, 2022, ACC received 2522 claims, with 987 being accepted, and 297 are still pending. During this period, ACC paid out $1.12 million in compensation.  ACC had accepted 186 claims related to allergic reactions, 103 claims for sprains, 102 claims for contusions. There were 77 accepted claims for cardiac injury, such as myocarditis or pericarditis. In terms of age, the group that lodged the greatest number of claims were those in the 45-49 age bracket. Ethnicity data showed 71% of claims lodged with ACC were from Pākehā, and 9% Māori. Of the 1238 rejected claims, 973 were turned down because ACC deemed there was no injury, and in 119 cases there was no causal link to the vaccine. Three claims have been made for fatal injury – all due to myocarditis a
Read more