A 25-year-old female developed partial loss of smell 2 days after the injection of the AstraZeneca vaccine (first injection).  The taste evaluation was normal. Patient did not take any medication and did not follow olfactory training. She reported that the smell disorder lasted 10 days. Patient did not report adverse event after the second vaccine injection.

A 27-year-old female experienced loss of smell after the first injection of the AstraZeneca vaccine. The patient medical history was unremarkable. She perceived an improvement of smell sense 9 days after the vaccine without olfactory training or medical treatment. Patient did not report adverse event after the second vaccine injection. 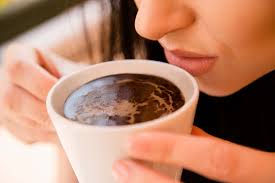 A 51-year-old female developed total loss of smell 2 days after the first injection of AstraZeneca vaccine. She also reported arthralgia, fever, and chills during a few days. The total loss of smell persisted one week with a subsequent progressive improvement of smell. The patient reported fever and arthralgia after the second vaccine injection.
A 30-year-old female reported a total loss of smell, which appeared suddenly after the second injection of the Pfizer vaccine. Four days after the onset of the olfactory dysfunction, patient reported progressive olfactory recovery. She did not have adverse event at the first vaccine injection.
A 44-year-old male experienced arthralgia, myalgia, and abdominal pain for 10 days after the 1st dose of AstraZeneca. Patient reported that sweet taste of foods and beverages was significantly increased, while the salty taste disappeared. He was no longer able to drink coffee and eat sweet foods leading to a mild weight loss. General symptoms resolved after 10 days, while the dysgeusia persisted 7 weeks. Patient did not report adverse events at the second vaccine injection.
A 33-year-old female experienced severe parosmia and phantosmia 9 and 14 days after the second injection of Pfizer vaccine. She also reported arthralgia, myalgia, and fatigue that resolved after one week. 8 months prior to vaccination she tested positive for SARS-Cov2 with a history of 7-day loss of smell. Vaccine-triggered loss of smell improved after 7-day oral corticosteroids and B9 to B12 vitamins 6 weeks post-vaccine without reaching full recovery.
REFERENCE
Lechien JR, Diallo AO, Dachy B, Le Bon SD, Maniaci A, Vaira LA, Saussez S. COVID-19: post-vaccine smell and taste disorders: report of 6 cases. Ear, Nose & Throat Journal. 2021 Sep 1:01455613211033125.
AZD1222 BNT162b2 loss of smell loss of taste middle-aged adults young adult