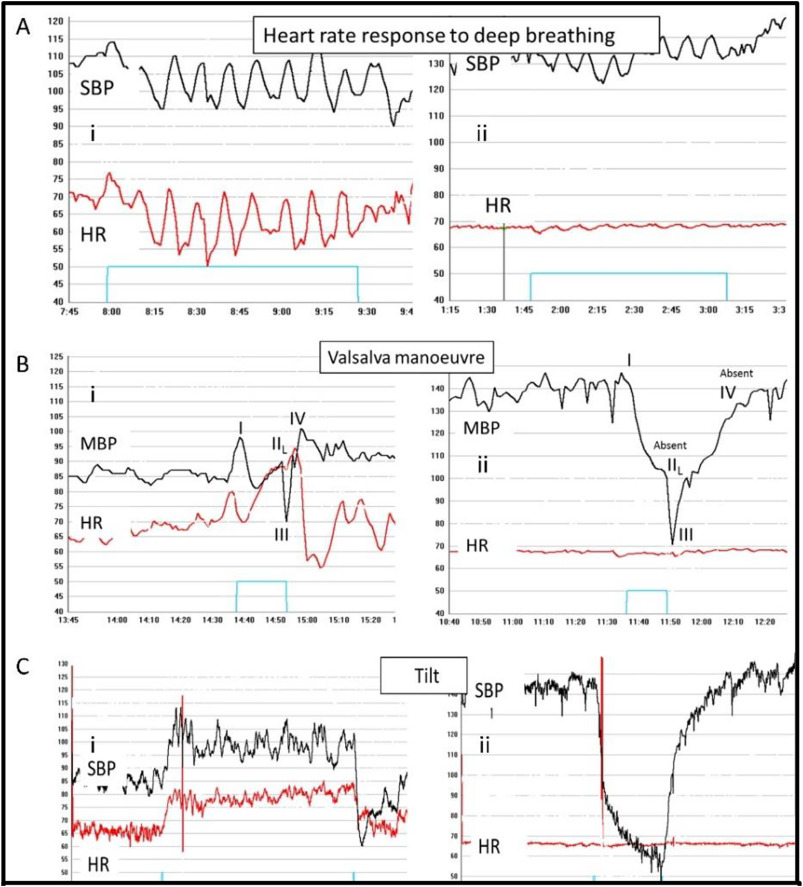 Autonomic testing revealed severe cardiovagal, adrenergic and sudomotor impairment, and tonic 'half-mast' pupils with evidence of sympathetic and parasympathetic denervation (see Figure). Tilt-table testing demonstrated a drop in blood pressure from 140/90 mmHg supine to 54/35 mmHg after two minutes at 60 degrees, with no heart rate response. There was no heart rate response to Valsalva maneuver and sympathetic skin responses in the hands and feet were absent. Sweat testing demonstrated complete anhidrosis.

An incomplete remission has been achieved six months since illness-onset; while orthostatic symptoms have been mitigated, other features of autonomic failure remain present and severe.